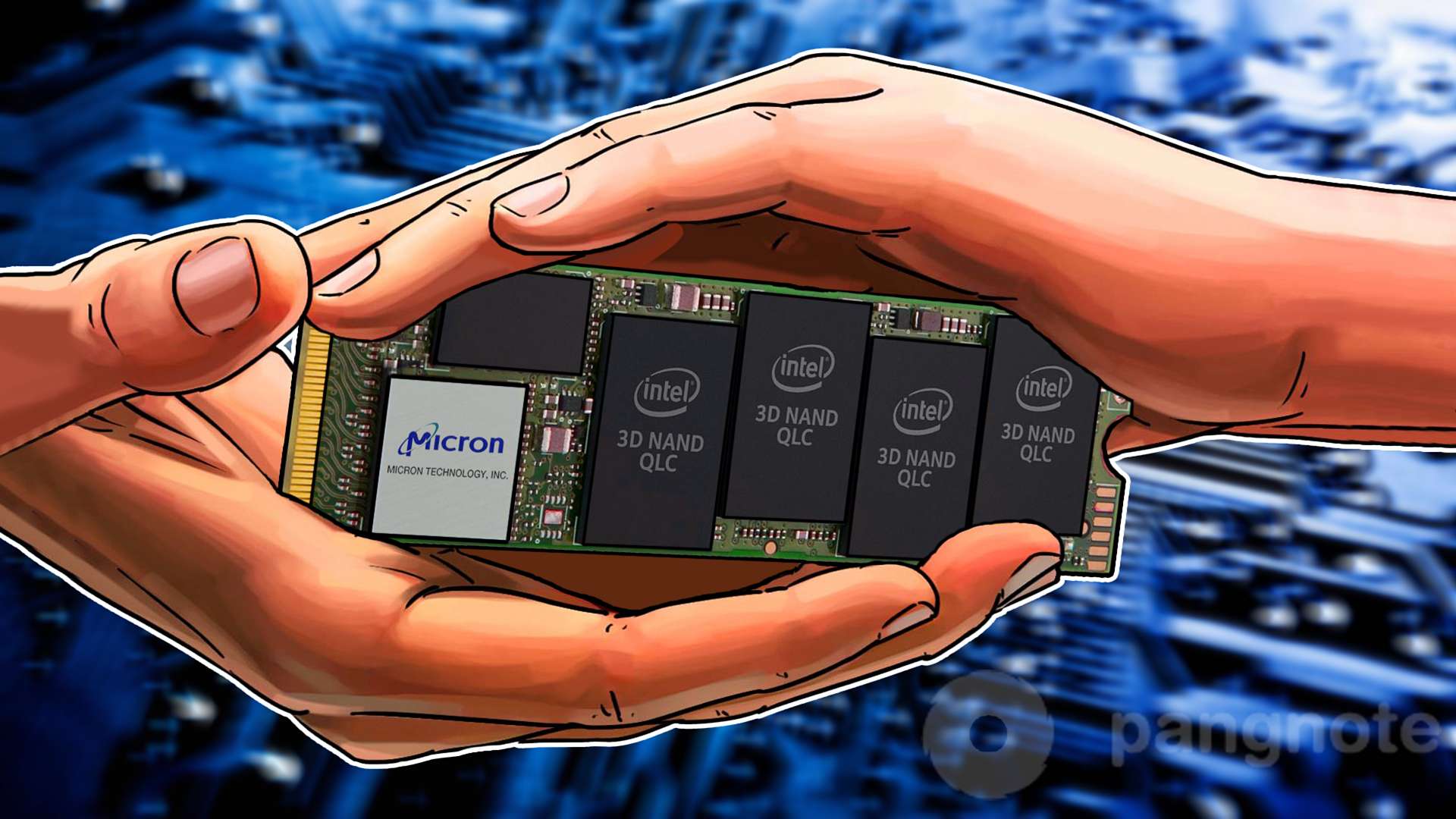 Micron Technology and Intel presented the next fruits of their cooperation in the form of 64-layer 3D NAND QLC flash memory chips, storing four bits in one cell. The capacity of a single chip is 1 Tbit (125 Gb), so the volume of a BGA chip containing 16 such crystals will be a record 2 Tb.

The terabit chip of a 64-layer 3D NAND memory uses four memory banks instead of two, as has been implemented until today. A breakdown into four logical and physical arrays allows for an increase in parallel memory access, which speeds up read and write operations. According to representatives of Intel and Micron, chips 3D NAND QLC can further reduce the cost of solid-state drives in terms of 1 gigabyte.

The main drawback of QLC NAND memory is lower endurance compared to TLC NAND used in many modern SSDs. According to developers, 3D NAND QLC memory chips can withstand about 1 thousand rewriting cycles, while the TLC NAND chip can withstand 3 thousand cycles.

The first device based on 3D NAND QLC was its own SSD Micron model 5210 ION. The device with a thickness of 7 mm is made in a 2.5-inch form factor, connected via the SATA 6 Gb / s interface. Storage capacity varies from 1.92 to 7.68 TB. More detailed specifications of the device will be known later.

In addition, partners announced progress in developing a three-dimensional, third-generation NAND structure consisting of 96 layers. By increasing the number of layers, the developers managed to increase the specific storage density per unit area of the crystal. In both cases (64-layer QLC NAND memory and 96-layer TLC NAND), the CuA process technology (CMOS under the array) is used to reduce the size of the crystal and improve performance compared to competing solutions.

Intel and Micron promise to bring 96-layer 3D NAND technology to pilot production this year. This will increase recording density by another 50%.