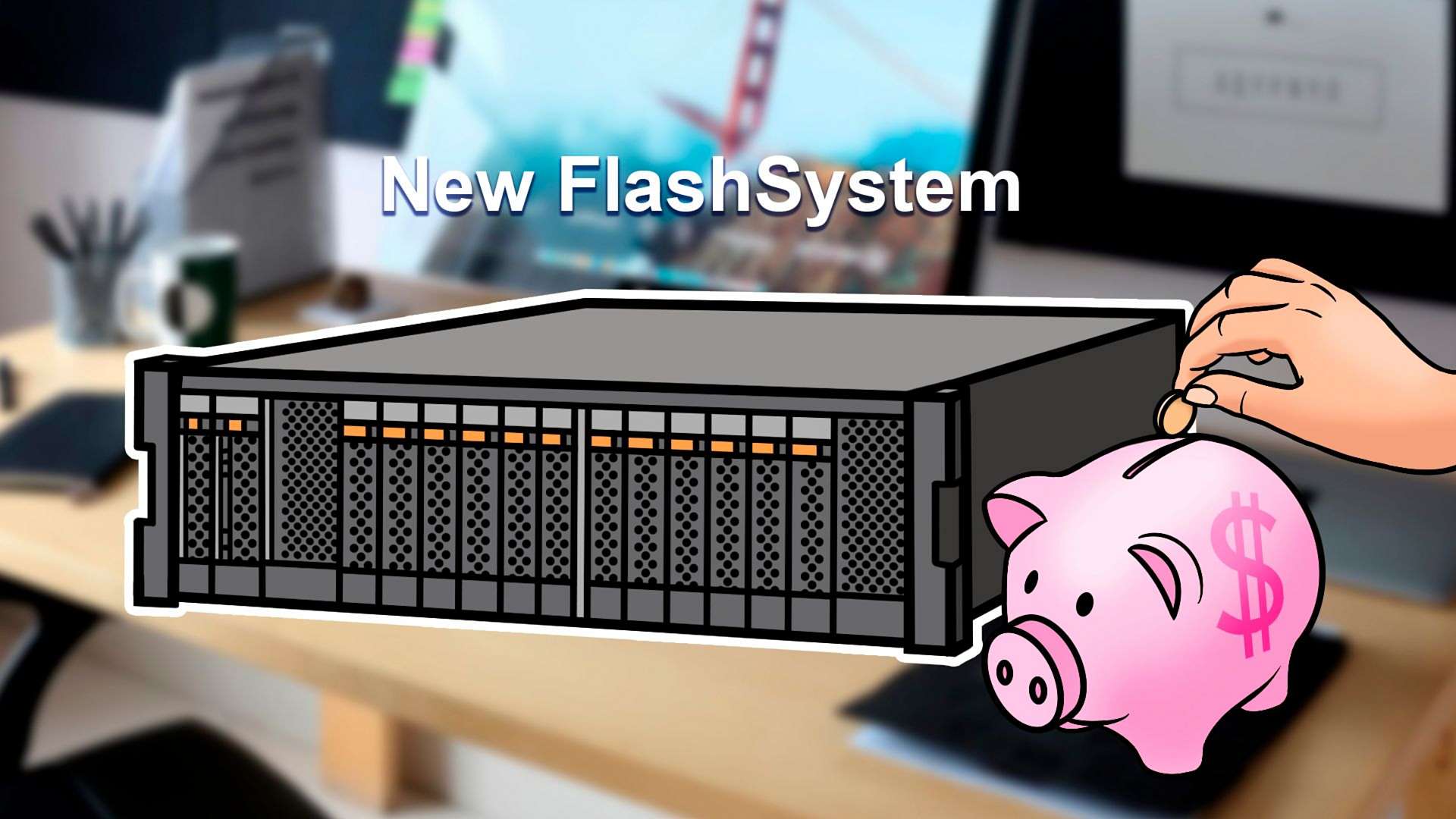 Once IBM has increased the performance of 6th generation X series servers by connecting solid-state storage to the memory channels, they want to do the same for the data centers. They released storage arrays based on SSDs for storage area networks. The FlashSystem 840 is designed for mission-critical tasks. The new array will replace the FlashSystem 820 storage system, which was brought to the market in 2013.

IBM intends to use its equipment for analyzing big data, cloud services as well as for standard tasks in data centers. Today enterprises are able to improve the efficiency of data delivery to high-performance processors engaged in its processing. The new FlashSystem 840 is 2 times larger than previous generation and occupies 2 units space in the rack. This change allowed to increase its maximum capacity by 2 times and to reach 48 TB. From the previous platform, the array inherited a high performance: the record delay is executed in 90 microseconds and when reading 135 microseconds. In peak load, the system is capable of performing more than 1 million I / O operations per second.

The company has based its data storage system strategy on following points:

- optimization based on virtualization.

IBM vice president Michael Kuhn states that their platform will help the enterprise and the suppliers of cloud services to support the applications for the health, financial trading and analysis industries. Customers who will fill with devices the entire rack can receive at their disposal storage with a capacity of 1 PB. Although it should be noted that the system can be placed in several racks.

Thanks to the IBM FlashSystem with the high duration of the work now companies receiving the highest performance, minimal response time, maximum efficiency and reliability of the enterprise level. The big data now is turning to the fast data.