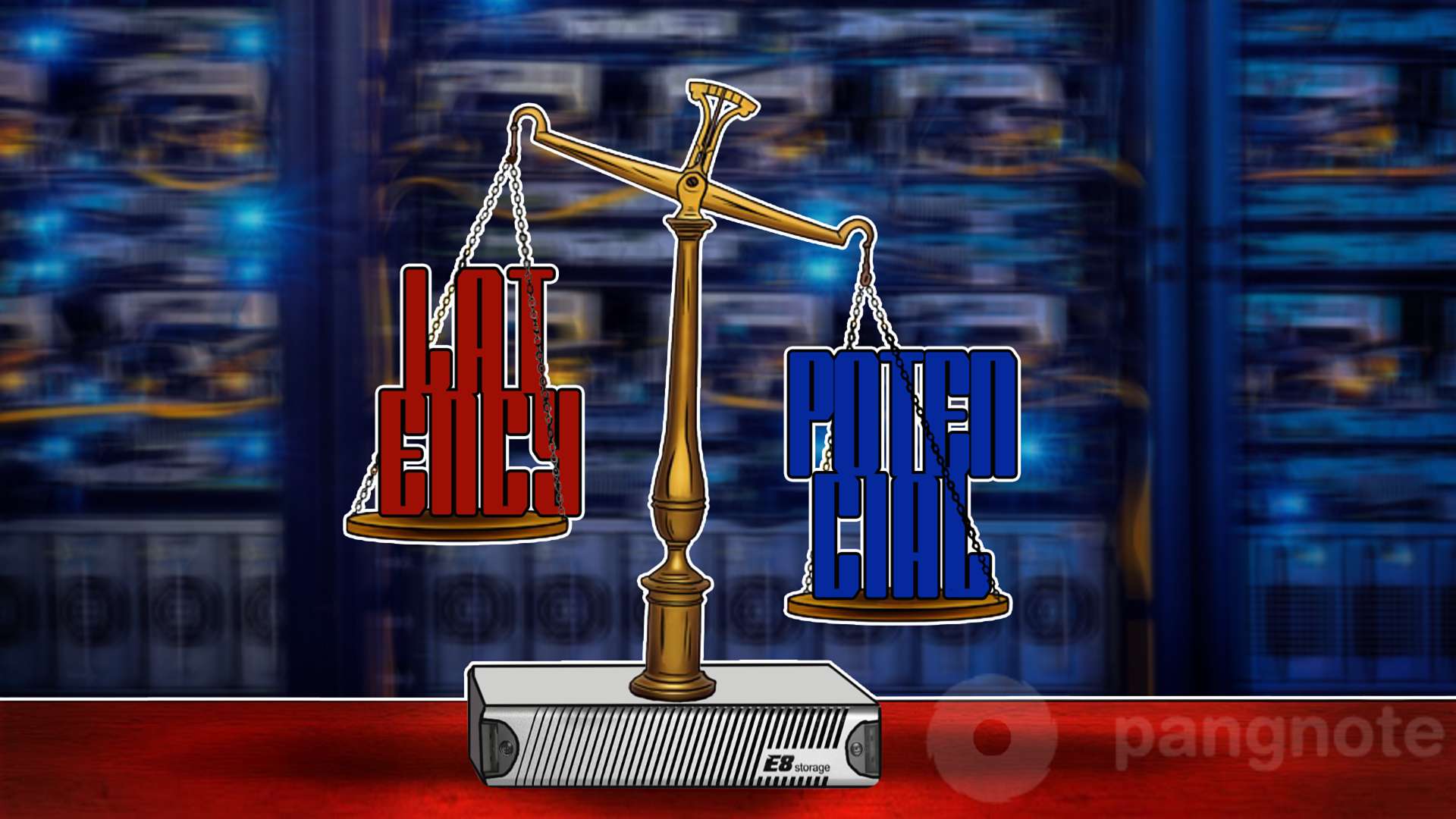 The NVM Express protocol was greeted by the data storage industry very warmly, since previous SATA and even SAS protocols required compatibility and a common drive orientation with hard drives. Despite some innovations, in particular, technologies such as FastPath, the potential of flash drives was still held back until the advent of the NVMe standard, which was originally developed as intended for use with solid-state memory. Now the market for NVMe devices is already highly developed, with giants such as IBM, Lenovo and Dell, as well as many other companies, such as E8 Storage.

E8 Storage can not be called an old company, it was founded in December 2014 by former employees of IBM, or rather, IBM XIV division, responsible for the development and promotion of data storage systems. They believe that to fully unleash the potential of NVMe technology, a new architecture is needed, and a factor that hinders the performance of flash arrays is the use of standard dual-port controllers. For the last three years, the company has spent on software development, with which 90% of data operations can be removed from the SSD controllers and relegated to more powerful flash core processors.

In the current implementation, the E8 system supports up to 96 drives and the cumulative work of up to four systems in a single bundle. Up to 128 calls to the drive are supported, the number of queues can reach 64 thousand, and the same number of commands is supported in each queue. The E8 platform fully supports the RDMA Over Converged Ethernet technology, which minimizes the load on the processors of client systems. The hardware is developed by the Taiwanese company AIC. The cost of E8 Storage solutions can be kept at a relatively affordable level by using ready-made and widely used components.

E8 aims to market data storage systems that provide minimal latency. This is very important in any field where real-time data collection and accumulation is required. The market for such systems can be called niche, but the solutions of this class are very expensive, so the E8 has every chance to take a significant market share. This is supported by the results of some tests, where the E8 Storage platform managed to keep the access time at 2.5 ms with a total performance of 300 thousand IOPS, which is higher than the performance of competing solutions such as NetApp FAS 8200.