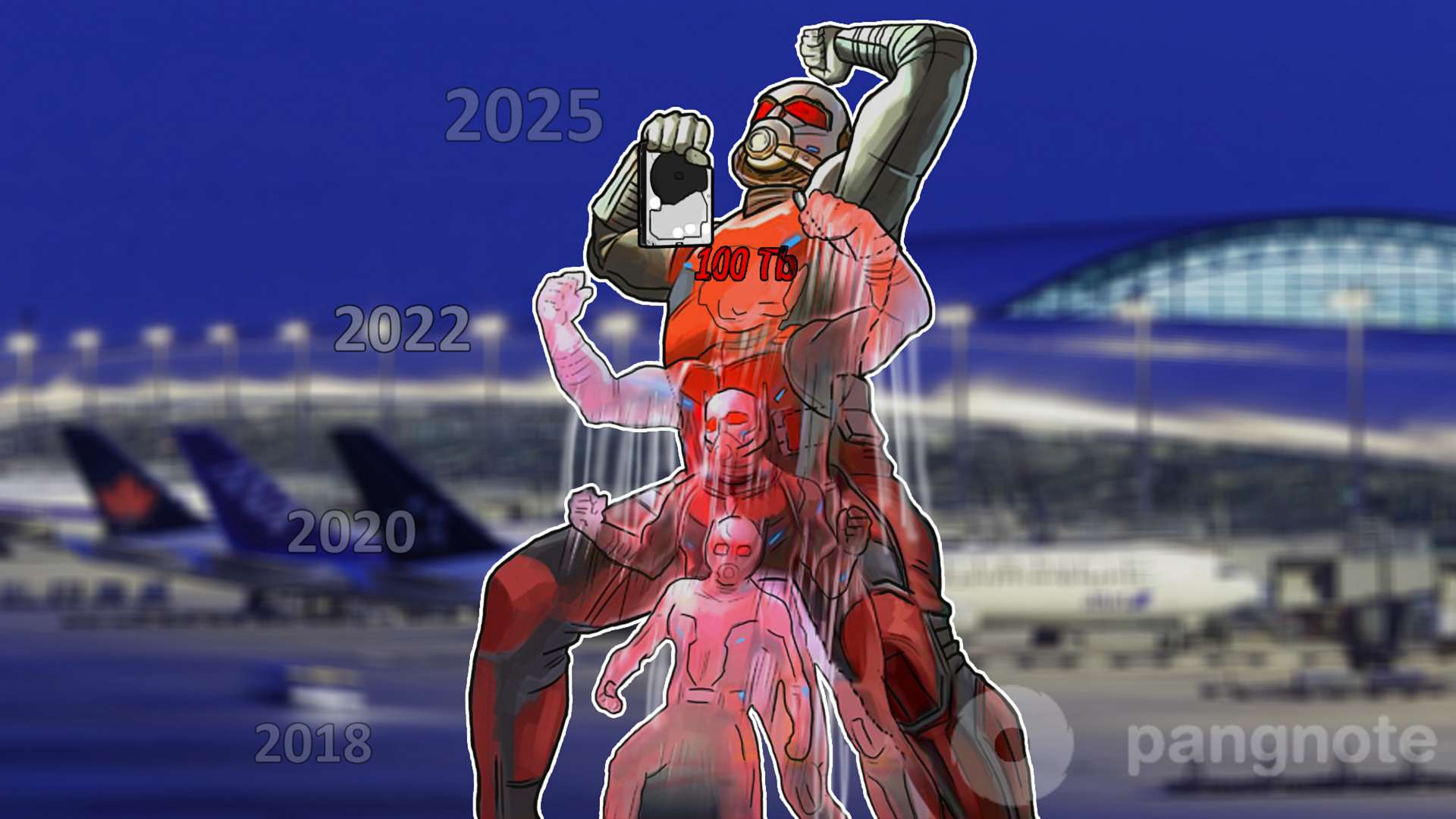 Seagate has published its road maps. According to them by 2025, Seagate plans to launch hard drives with a capacity of 100 TB. The currently used perpendicular recording technology (PMR) allows for a recording density of about 1 Tbit / sq. inch, and it is no longer able to do better. Therefore, this technology has almost exhausted itself in terms of increasing the volume, and manufacturers will be able to release models with it, except for 16-18 TB. But for hard drives of larger size, it is necessary to use other technologies that provide a higher data recording density.

One option is magnetic auxiliary recording technology (HAMR), which Seagate has been developing since 2016. It should raise the density bar to 5 Tbps / sq. inch. Deliveries of test samples of hard drives based on HAMR began at the beginning of this year. Mass production was planned to begin next year, but judging by the roadmap, such drives will appear only in 2020.

The first models will offer a volume of 20 TB or more. According to the manufacturer, the HAMR technology will allow to increase the data recording density twice in just 2.5 years, therefore, by 2022, 36 TB drives should appear, and by the middle of 2023, 48 TB models should be available.

By 2025, Seagate plans to introduce point heated magnetic recording (HDMR) technology. This technology should provide the possibility of such a dense data recording (about 10 Tbit per square inch) that it will be possible to create hard disks with a capacity of 100 TB or even more.

At the 2018 IEEE TMRC Conference, the community of developers of magnetic recording technologies and hard drive manufacturers considered a number of ideas that can help in increasing the capacity of magnetic disk drives.

One of the most hotly debated issues was the topic of the influence of the gaseous medium in a block with magnetic plates on the capacity of hard disks. The company Western Digital has shown by practical examples that the replacement of air with helium in the block with plates has definitely improved the dynamics of the capacity expansion of HDD. One startup offered to go even further and completely abandon air, helium or another gaseous medium and create a vacuum around the plates and heads.

According to the developers of L2, the complete pumping of gas from the block with plates will help simplify the production of hard disks by eliminating lubrication of the surface of the media and heads, as well as by eliminating the special carbon protective coating of all surfaces at the point of possible contact. But the main thing - the transition to a vacuum will reduce the distance between the heads and the magnetic plates, due to which it will be possible to increase the density of the tracks.