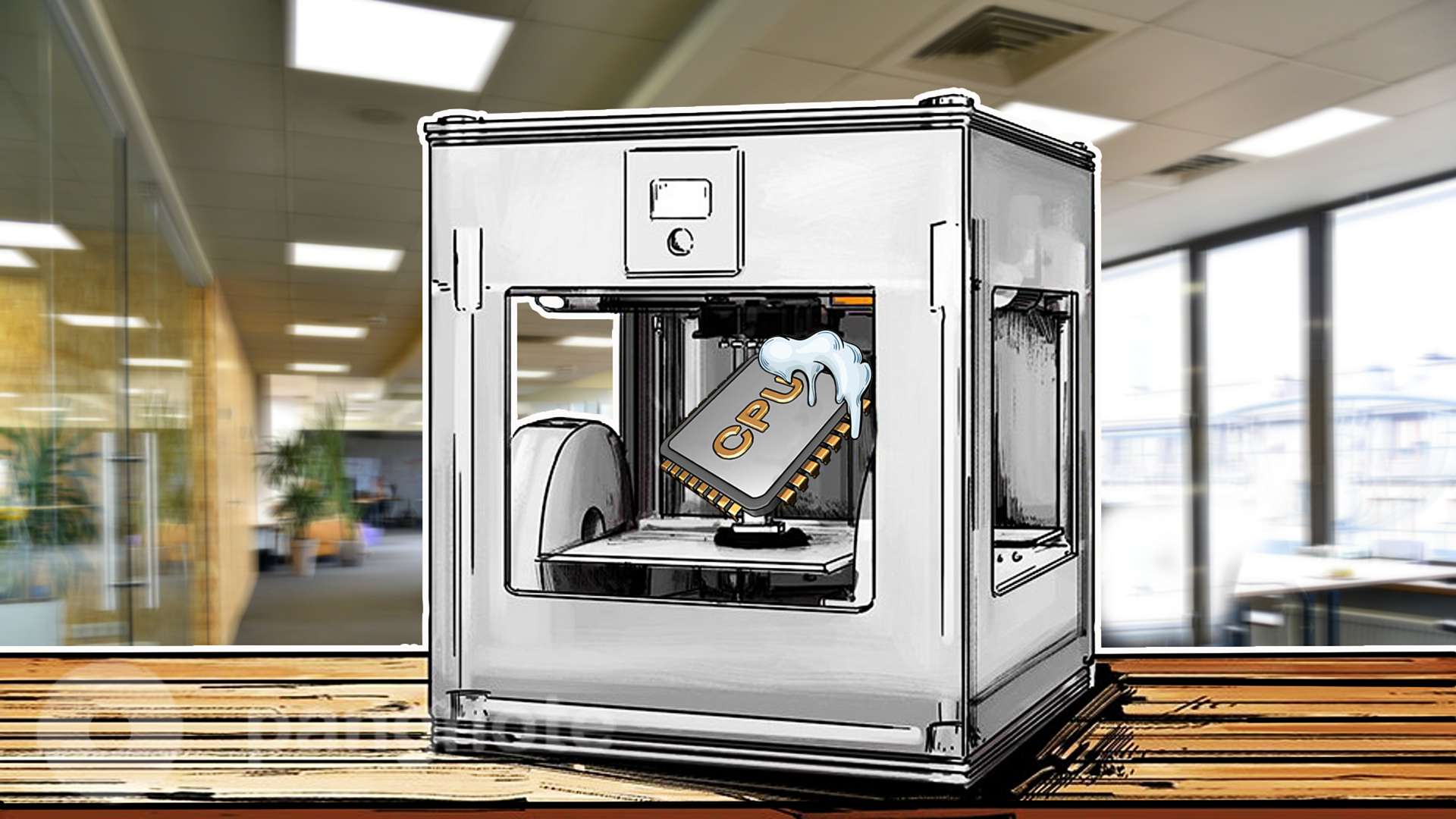 The University of Binghamton (New York) have developed a new technology for cooling processors, which will allow to abandon the thermal paste. Thermally conductive material is applied directly to the surface of the chip using 3D printing. According to experts, their solution can lower the operating temperature of processors in data centers by 10 ° C.

How to print metal thermal grease

The developers of the technology applied a thin layer of a metal alloy with a high thermal conductivity to the processor chip and with a laser printed channels for the coolant. For this, the method of selective laser sintering was used.

A layer of metal powder is evenly distributed on the silicon surface. Then the laser is turned on and the beam, guided by movable mirrors, fuses the particles together according to the generated 3D model. The alloy that is applied to the chip consists of titanium, tin, and silver. The last two are needed to reduce the melting point of the material. Thus, the metal remains in the liquid state longer, which helps to avoid deformation of the layer due to rapid solidification.

The specialists managed to obtain an alloy with a thermal conductivity of 39 W, which is seven times better than that of other materials for thermal interfaces, thermal paste or polymer compounds. The new technology is designed to solve two problems: reduce the cost of electricity in data centers and extend the life of the processors. According to the developers, the invention will reduce the energy consumption of the world's data centers by 5% and allow the IT industry to save up to $ 438 million annually.

It is too early to talk about the implementation of new technologies of heat dissipation. All of them are either at the concept stage or at the prototyping stage. Although they have good potential, it’s not yet possible to talk about their widespread introduction in the data center market.

For this reason, data centers are now experimenting with other methods of cooling. One of the latest trends is liquid cooling. According to the Uptime Institute survey, 14% of data centers worldwide have already implemented the technology. Experts expect that in the future this figure will increase due to the increase in the density of equipment in the data center.