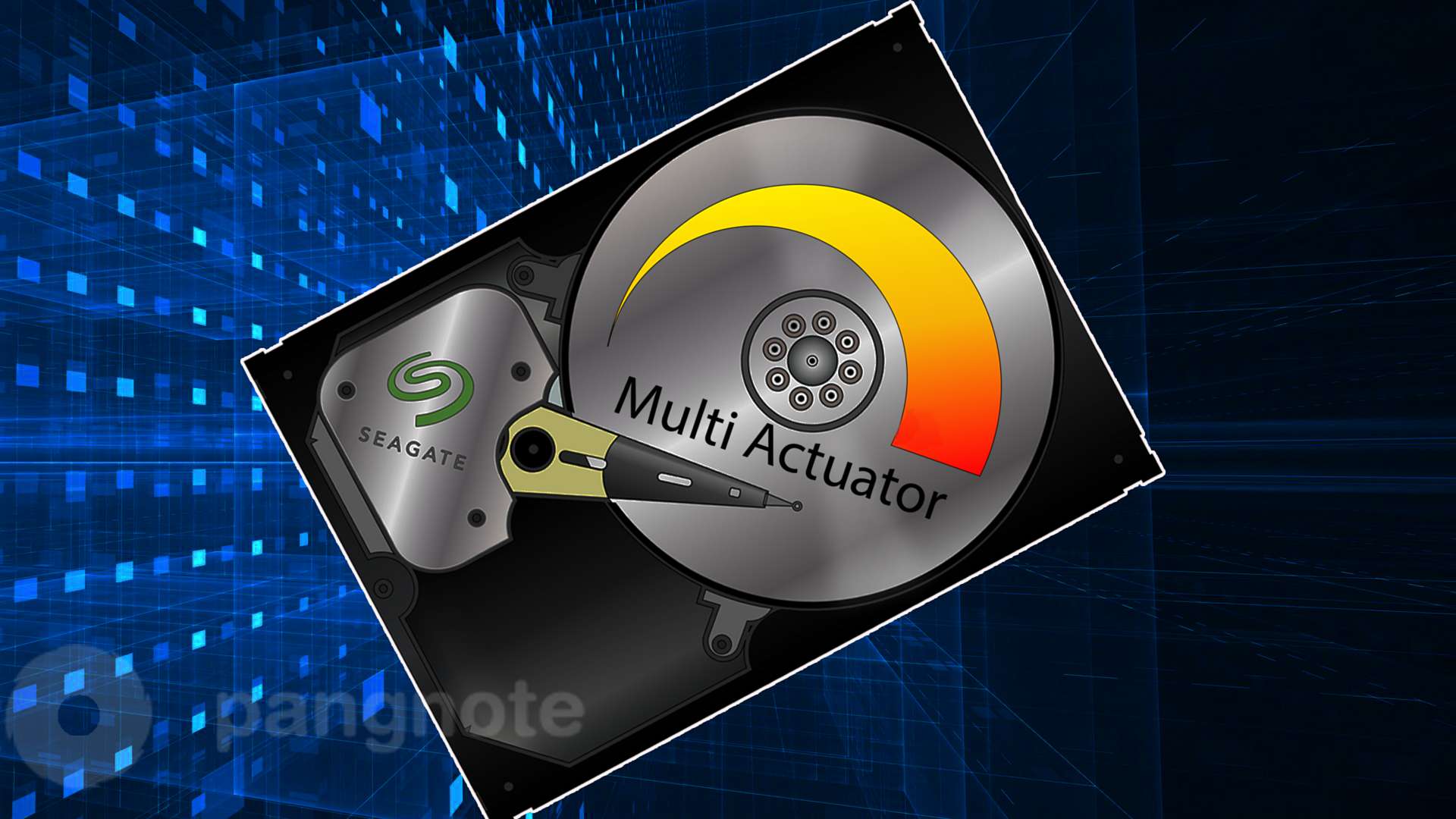 Multi Actuator technology allows you to double the performance of HDD

In a classic HDD, the actuator with magnetic heads has a one-piece design, so all the writing / reading heads rotate synchronously. Seagate's Multi Actuator technology divides the actuator into two blocks that move independently of each other. Two actuators allow you to divide a physical disk into two logical drives. This means that the host computer is able to send a pair of requests to the device at the same time.

According to Seagate, this approach doubled the speed of reading and writing data. However, Reddit users have already voiced their concerns about Multi Actuator, because the technology adds an additional point of failure and in theory increases the risk of information loss.

Interestingly, a patent for a hard disk with several actuators appeared in 1993. Its right holder was the company Conner Peripherals, which was founded by one of the co-founders of Seagate, Finis Conner. However, the technology has not found popularity, according to one of the residents of Reddit, because of the high cost of production. And in 1996, Conner Peripherals was absorbed by Seagate Technology.

Where technology will be used

Such parallelism will be useful in hyper-scalable data centers, where hosts access data on several hard disks at the same time. Aaron Ogus, arch store architect for Microsoft Azure, noted that two actuators will increase the IOPS disk performance and allow virtual infrastructure providers to more efficiently use data warehouse resources. In this case, you can expect that in the future there will be disks with actuators, divided into 3 or more parts.

Seagate says that Multi Actuator technology will appear in their products in the nearest future. Probably, we are talking about Exos disks, which use Heat-Assisted Magnetic Recording (HAMR) technology to increase HDD capacity. Test batches Exos will appear in 2018, and mass production will begin in 2019. However, as noted by the residents of The Register, Multi Actuator technology will not reach personal computers soon, since home PCs do not generate a large number of overlapping read / write requests, and such a system will be redundant.