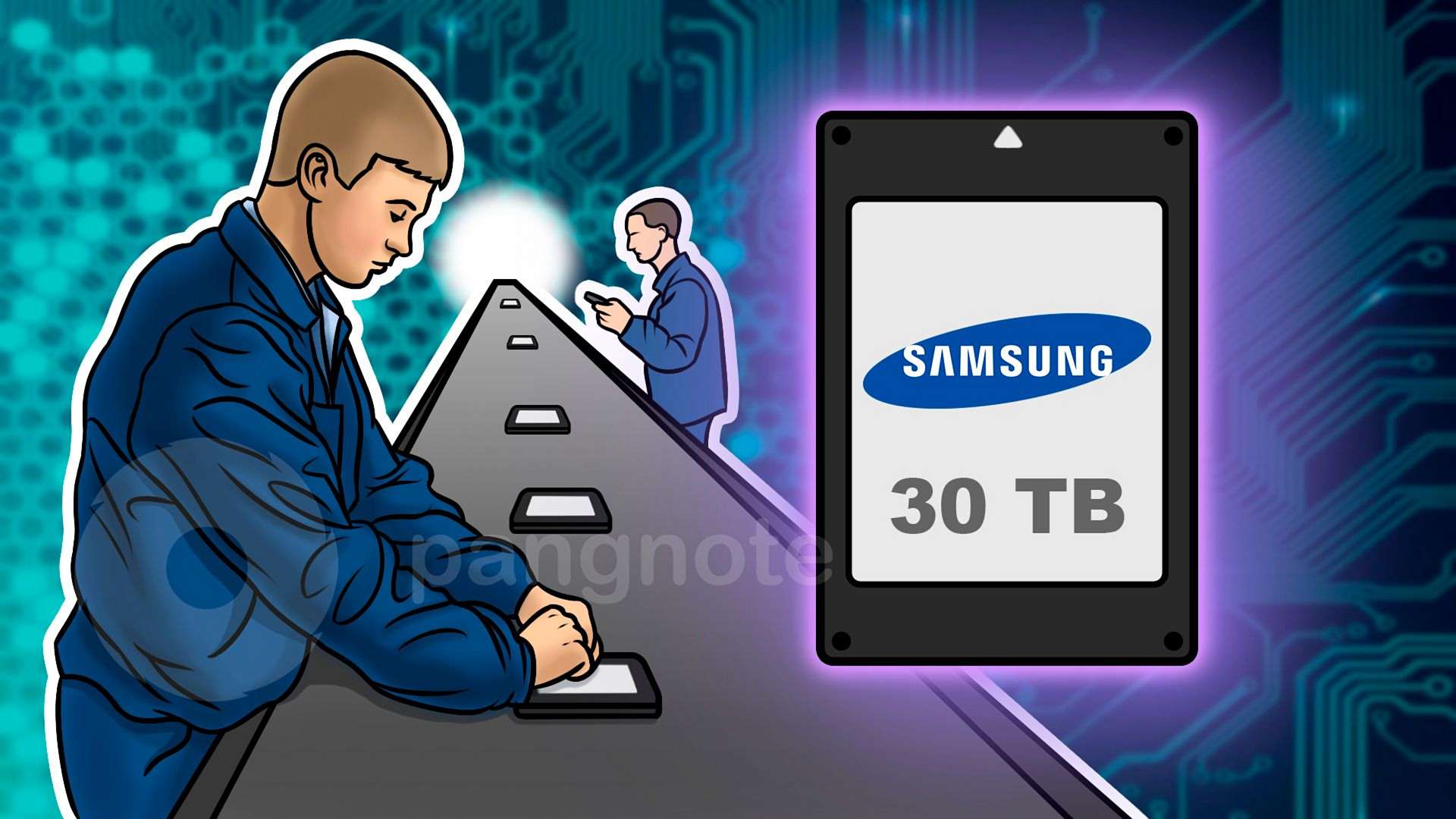 South Korean company Samsung announced the launch of the world's largest capacitive solid state drive - 30 TB model SSD PM1643. The system is based on 512Gb V-NAND memory. According to representatives of the corporation, drives of this type are necessary for next-generation corporate systems, users models will not be produced yet.

The V-NAND technology used to create the drive is characterized by 64 layers, a 3-bit cell and 512 gigabit chips. Compared to previous models, new drives are twice as capacious. By the way, the corporation began to produce 15 TB SSD in March 2016. At that time it was a record-breaking model.

The new solid-core uses a combination of 32 new NAND flash memory packages of 1 TB each, each consisting of 16 stacked layers of 512-gigabit V-NAND memory chips. The technology made it possible to store a huge number of different files on one disk. So, the 30-TB model allows to store 5,700 Full HD films in volume of 5 gigabytes. The geometric dimensions of the disk have not changed - it's still the same 2.5 inches.

It is worth noting that the model PM1643 boasts not only increased capacity, but also increased performance. This figure is almost double the performance of the previous generation of drives - the Samsung SAS SSD model. The PM1643 solid-state interface is SAS, and the throughput is 12 Gb / s. As for reading the record, these two numbers are 400,000 and 50,000 I / O operations per second (IOPS). This is arbitrary reading and writing. In the case of sequential speeds, others are 2100 MB / s and 1700 MB / s, respectively.

Another improvement is advanced software that supports metadata protection. Information can be restored after an unplanned power failure. Plus, this drive provides increased reliability when writing a full drive for the day. And this - the ability to record the entire volume of the disk daily for 5 years of the warranty period. The average time to failure (MTBF) of the PM1643 is quite good and is two million hours.