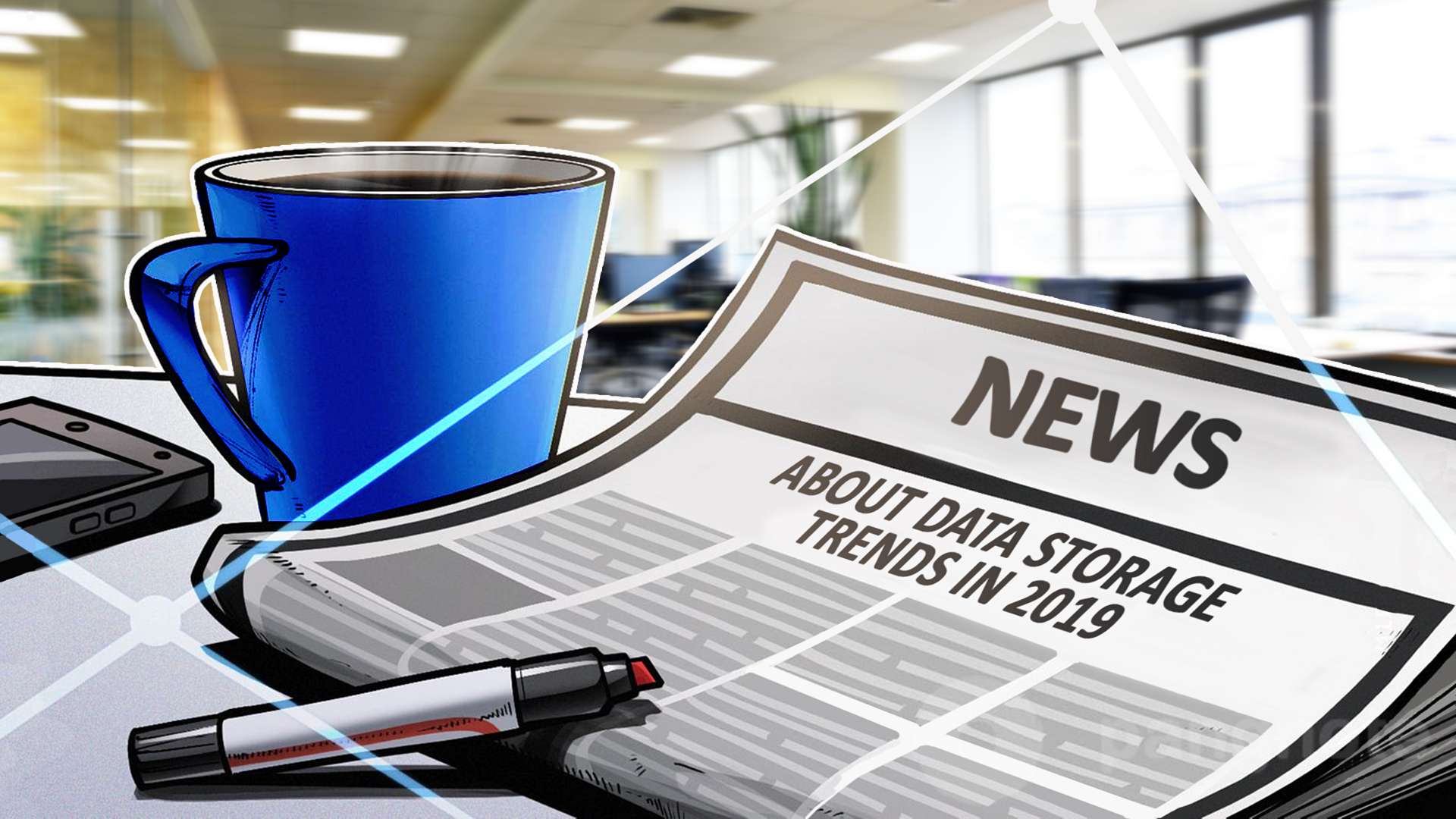 About data storage trends in 2019

What will users prefer? What volumes will HDD have at the beginning of the next decade? How will the storage architecture change? How will new technologies affect the performance requirements of data processing systems?

The problem of increasing the data volume

The volume of data stored in the world not only continues to grow, but also grows faster than predicted. It was expected that the proportion of data stored on flash and solid-state drives would increase, and the amount of data stored on hard drives and magnetic tape would decrease. However, today it is obvious that all three technologies continue to evolve simply because it requires a lot of data storage disks. It can be assumed that in 2019, 90% of capacity for typical applications using cloud computing will be provided by hard disks, possibly partially on magnetic tape. And only 10% will be provided with SSD. But since corporate SSDs cost up to ten times more per unit of capacity than hard drives, financial investments will be equal: about 50% of the funds will be spent on hard drives and the same amount on solid state drives.

We can count on continued growth in the top-loading rackmount storage sector due to capacity requirements. Although 60 compartments in 4U format have become standard today, there are cases that support from 78 to 110 compartments for 3.5-inch hard drives. Instead of hardware RAID, this number of disks is configured using software solutions. Modern software-defined storage systems will continue to dominate, along with scalable projects, such as Ceph clusters, where several storage servers are combined into larger units. Here, data protection is no longer ensured due to an excess of hard drives on the server. Instead, the excess is realized through storage server nodes available on the server network.

To date, the number of data generated by the machines is relatively small. However, from 2019 this will change, as solutions and technologies such as autonomous cars, intelligent factories, the Internet of Things (IoT) and home automation will generate additional data streams that need to be stored. Their expected volume is so large that the current data storage philosophy requires a major revision. The harsh reality is that we need to analyze the data before storing it, in order to determine which is really important and cannot be deleted.