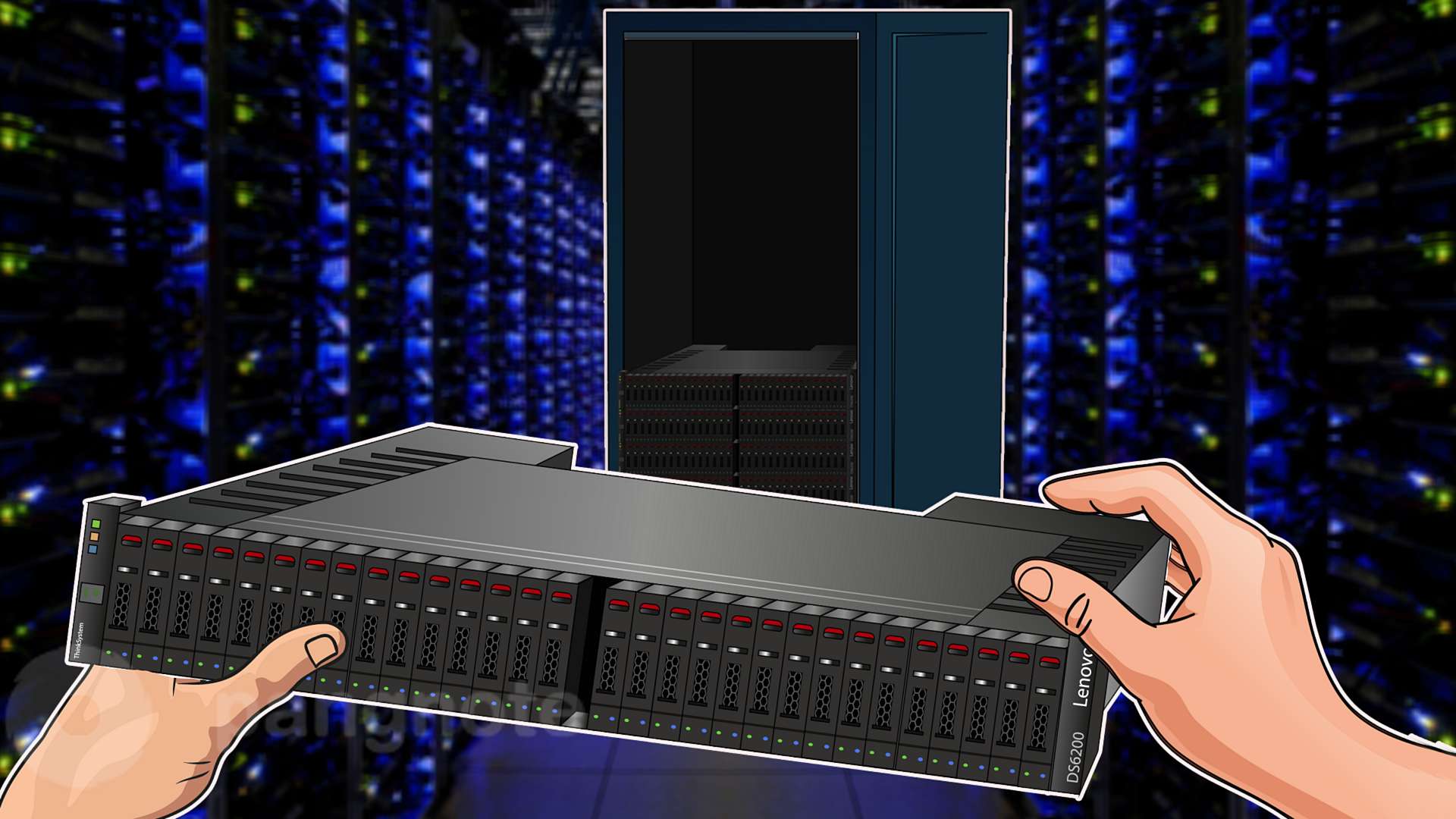 Today we are going to look through Lenovo DS6200 line with convergent controllers, 16 Gbps FC transceivers and 24 solid-state drives of 3.84 TB each. The repository has a number of the following indicators and capabilities.

The storage virtualization stack in Lenovo Storage DS systems is based on the concept of storage pools. At the lower level are the physical disks and drives that are grouped into disk groups. Multiple disk groups are combined into a single storage pool (one pool per controller), space is allocated from the pool to create volumes. On the basis of virtual pools, the work of many functions provided by the storage system is based: snapshots, long storage, caching, performance scaling, thin allocation of disk space.

Storage tiering is a technology that allows to optimize the use of drives with different levels of performance due to the dynamic redistribution of blocks with data depending on the load between the so-called tiers, arrays with different levels of performance. In this storage system, there are three tiers: Archive for 7200 rpm, Standard for 10/15 thousand rpm and Performance for SSD, which requires an additional license. It is possible to assign a priority at the volume level by assigning a binding to an archive or productive tier.

An alternative way to optimize performance is to cache. For these purposes, you can use one or two SSDs for each of the two storage pools. The SSD cache in the DS6200 is read-only, but has several advantages over tiered storage:

- The mechanism of caching is simpler, it does not create additional load on the storage due to the lack of the need to move data.

- The read cache does not require fault tolerance.